Adrian Brunel redux: on subtitling and dubbing in the early 1930s

I mentioned Adrian Brunel's autobiography Nice Work in a recent post, as he observed the transition from the silent to the sound period from close up. On reading further we learn that he also worked as a subtitler some time in the early 1930s.

It is not very promising that the chapter where he describes his work in audiovisual translation is entitled 'Slumming':


I picked up a few little interesting jobs titling foreign films - interesting as jobs but deadly dull financially. After having been paid £250 for titling a silent foreign film, the maximum I could get for doing a foreign talkie was £40. As I [...] naturally gave part of my fee to Roy Lockwood, Reggie Beck or whoever was assisting me, it was hardly worth our time after we had learned what we could of the job. One think I learned still applies to-day [at time of writing in the late 1940s] - that the super-imposition of translated titles is a neglected art, probably because it is very badly paid. Most foreign film so titled are spoiled by not having had enough time, invention and skill expended on grappling with the problem of condensing eighteen spoken words into six printed words, of finding just the right place to superimpose the title, of judging when no title is necessary, of how to avoid unnecessary overlapping of a title on to two scenes and so on. (p.162)

It's interesting to see how little the basics of subtitling have changed in nearly a century, though subtitles were sparser and more selective, still, at the time Brunel was writing. Brunel himself felt that dubbing was superior to subtitling: 'superimposed translations [were] disturbing', while 'with care, patience, time and intelligence, almost perfect results can be obtained' in dubbing. He was involved in dubbing the Guido Brignone film La Wally, made in 1932, but found that the translation did not go far enough:


we did a fine job [...] but unfortunately my detailed and urgently stressed advice on how to edit the film for England was ignored, so that it was ruined by the inclusion of several passages which I knew would be regarded as ridiculous by English audiences. (p.165)

If you are interested in hearing more about these problems of audiovisual translation in the early years of sound, you may still (just about) be able to register for our conference 'Splendid Innovations', which takes place this Thursday 21 and Friday 22 May at the British Academy, London: 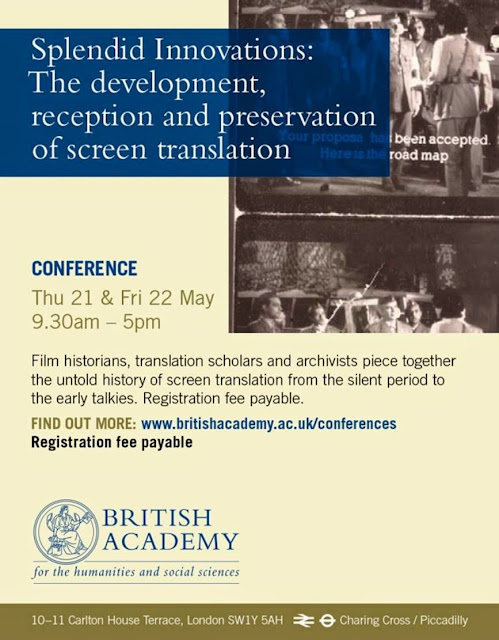 Only two more sleeps until the conference! \o/\o/
Posted by sunny south coast at 16:45 No comments:

Talk by Serena Bassi on online activism, translation and cultural work, 13 May

We are delighted to welcome Dr Serena Bassi to the University of Bristol on 13 May. She will give a talk on


Bringing the Message to LGBTQ Youth Around the World?
Online Activism, Translation and Cultural Work

This research seminar will also be part of an Open Day for postgraduate study (taught and research degrees) in the School of Modern Languages. Prospective applicants are welcome to come and see what life in a postgraduate university programme is about, and meet staff and students. Everybody welcome, venez nombreux!

Full details (including open day registration) below, or see http://www.bristol.ac.uk/arts/gradschool/openday/ 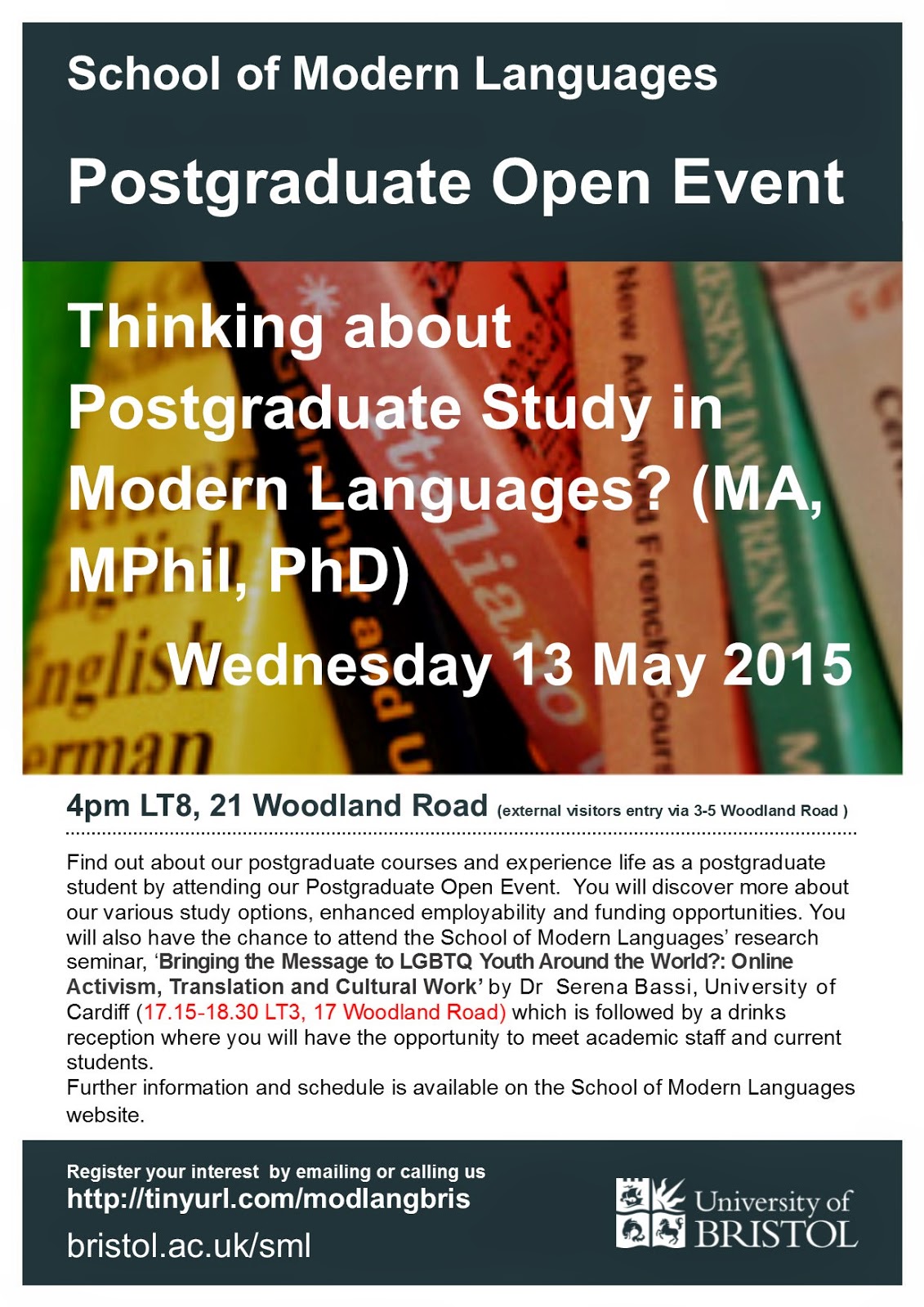 Posted by sunny south coast at 06:15 No comments:

Matthias Politycki in conversation, 19 May, University of Bristol 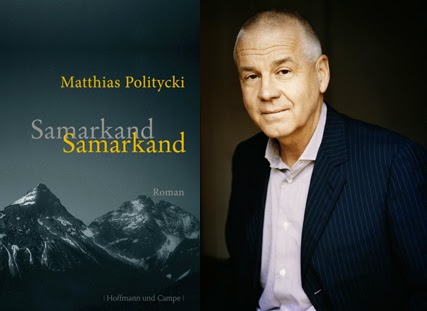 We are delighted to announce the visit of German novelist Matthias Politycki to the University of Bristol. On Tuesday 19 May, he will give a reading from his 2013 novel Samarkand Samarkand in an English translation by Anthea Bell. For a review of the novel from New Books in German, see: 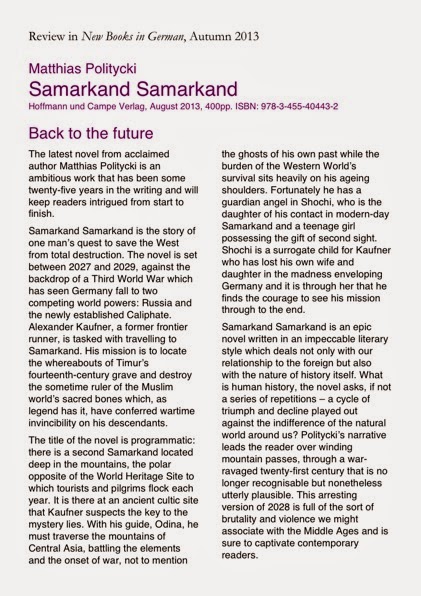 The reading will take place on Tuesday, 19 May 2015, at 6pm in Lecture Theatre 1, University of Bristol, School of Arts, 43 Woodland Road. Please note this is *not* the Arts Complex, it's the building further towards town. No knowledge of German is necessary to enjoy this event.

The reading will be followed by a conversation with the author about his travels in Central Asia that inspired the novel, and his experience of being translated. There will also be a wine reception. Entry is free, but spaces are limited, so it is recommended that you register in advance by emailing Dr Margit Dirscherl at margit.dirscherl at bristol.ac.uk.

Even fuller details are below: 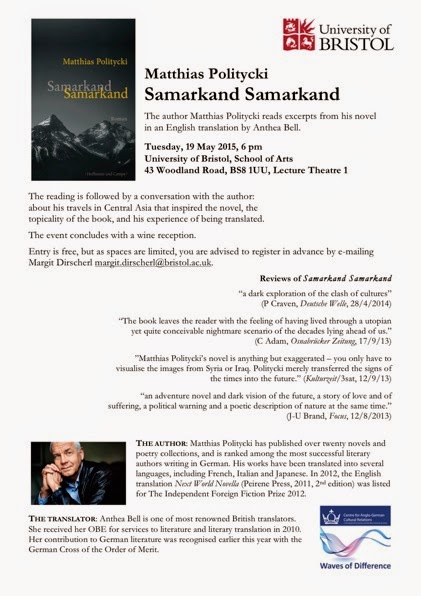 Posted by sunny south coast at 05:57 No comments: