Who is Fred?? Film title translation mystery (and spoiler alert!)

It's the Easter weekend, so a little frivolity seems in order. I am inspired by my evening's DVD-watching to consider translated film titles (I know, I know, but I couldn't help myself).

First of all, a fairly run-of-the-mill example, encountered a few weeks ago, in the form of John Madden's underwhelming The Other Boleyn Girl, the second adaptation of Philippa Gregory's historical novel of the same name. Some readers may remember it; it features some pretty well-known stars: 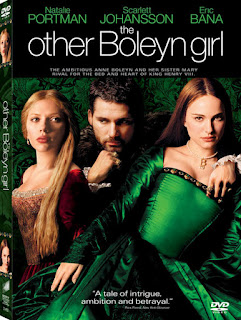 The DVD I saw happened to be a French DVD, and I was somewhat struck by the title selected for the film's French release: 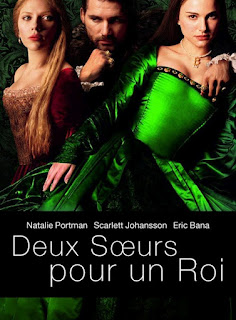 (I did say there would be a spoiler alert.)

Let me be clear, it's not that I'm complaining about the accuracy of the French title (which translates as 'Two Sisters for a King') in relation to the plot. I'm just a bit bemused by the decision to dispense with what little suspense there was in the English title (Which of the two sisters is, in fact, the Other Boleyn Girl?? Why is she interesting?? etc. etc.) in favour of neatly summarising the entire plot of the film in five words.

An even more puzzling example presented itself this evening. I'm on my traditional Easter trip to Italy, and on an Italian newsstand I happened to come across a subtitled DVD of Fritz Lang's 1941 Western Union. It's rousing, entertaining stuff - no Western cliché left unturned, and so on. 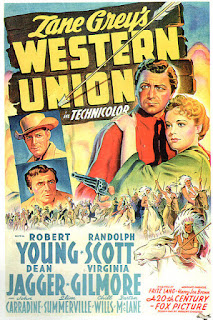 The English title is beautifully functional. It's a Western called Western Union about the establishment, by Western Union, of a national telegraph cable Westwards from Omaha which will unify the western and eastern United States.

The Italian title is Fred il ribelle, or 'Fred the Rebel'. 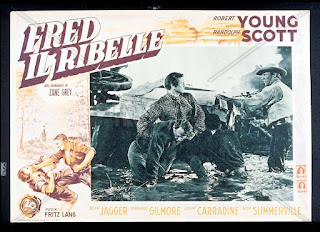 Try as I may, I cannot identify any character called 'Fred' in the film. We have a Richard, a Vance, an Edward, a Sue, a Doc (of course), a Jack and a number of colourful minor characters. Not a Fred among them. Look, you can check for yourself. So where does Fred come into it? Since the film was almost certainly originally exhibited in Italy dubbed, rather than subtitled, could it be that one of the characters was originally called Fred in the dubbed version, and that this title 'stuck' even when the film was released in 'versione originale'? If so, which was Fred? Why Fred, and not Richard, Vance, Edward, Sue etc.? Depending on which character is supposed to be Fred, the film's plot may be signposted in various entertaining ways.

A laurel, and hearty handshake, to any reader who can shed light on this mystery.

And to all our readers, a very happy and restful Easter.

[P.S. I would be delighted if anyone were moved to share other examples of oddly translated film titles in the comments...]
Posted by sunny south coast at 16:24

Can't recall as many as I would like - but the first that came to mind in French were from the 007 series: "A View to a Kill" became "Dangereusement vôtre" and "The Living Daylights" became "Tuer n'est pas jouer". Interestingly, these two are next to each other in the other of releases, whereas the others are more closely translated. Brief change in policy?

A series "The Persuaders" (Roger Moore & Tony Curtis) became "Amicalement vôtre" which I was never quite satisfied with somehow. Interesting parallel with the Bond title though.

Another post on a similar topic, and with an even more thorny translation problem: http://francaissansfautes.wordpress.com/2012/06/12/des-titres-de-films-non-traduits/

And thanks to Alice C. for this link to some film titles translated rather eccentrically into Italian: http://www.sorrisi.com/2012/08/01/infedele-alloriginale-viaggio-nelle-peggiori-traduzioni-italiane-dei-titoli-dei-film-della-stagione-20112012/

'Airplane!' becomes 'Est-ce que'il y a un pilot dans l'avion?' in French (Is there a pilot on this plane?). They are terrible for giving away the plot in translated film titles!