There are two translation summer schools (to my knowledge) running in the UK this summer. Both of them have had excellent reports from my students in previous years.

The British Centre for Literary Translation Summer School in Norwich will offer workshops with Dutch, German, Italian, Korean and Norwegian this year, as well as English creative writing workshops, and prose and poetry translation workshops open to anyone translating into English. A feature of the Summer School is the opportunity to work with the author of the source text as well as with an experienced translator as workshop leader.

The Translate in the City summer school in London will run with the list of languages and tutors as below. 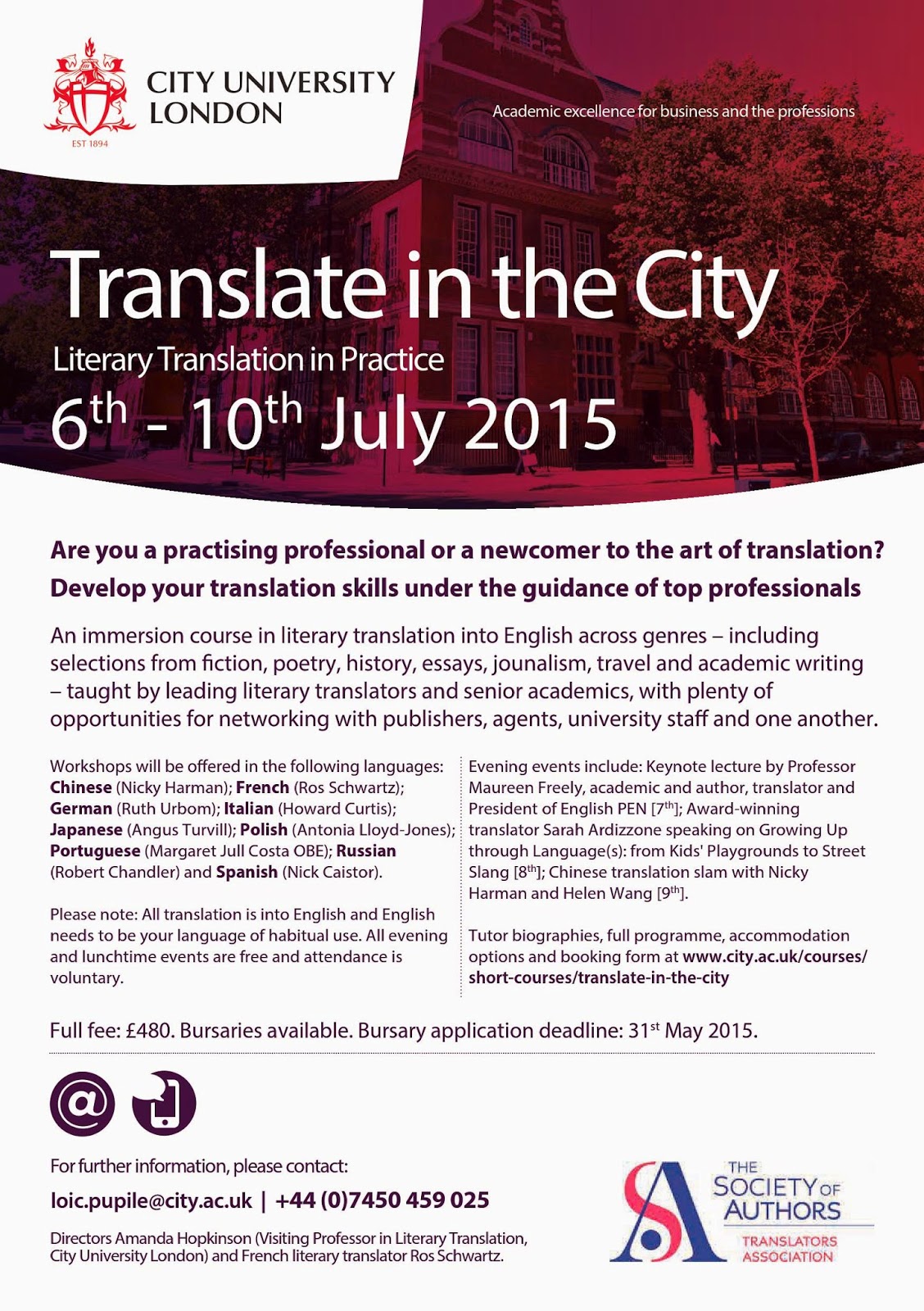 Posted by sunny south coast at 03:42 No comments:

Poems about translation no.22: Caroline Bergvall, 'Via' (for World Poetry Day) 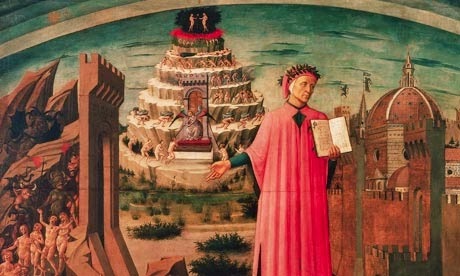 Regular readers of this blog will know that I have a long-standing love of Dante's Comedy and the problems of its translation (see Dante in Leicestershire and Dante in Essex) so I thought a return to Dante was appropriate. Here is Caroline Bergvall's procedural poem 'Via', which began life as a live performance, then later a recorded performance and printed poem. It consists of 47 translations of the first tercet of Dante's 'Inferno', accompanied by the translators' names and years of publication.

Can we really call it a poem about translation, made up as it is of other people's translations of the tercet? Yes, absolutely, because it's not just a list, it's an ordering of the translations. In a more conventional list one might expect the translations to be ordered chronologically, or perhaps by surname of translator, but Bergvall orders them alphabetically by the first letter of the first line. The full audio recording of Bergvall's poem can be listened to here.

There is a very interesting discussion of the poem in the PoemTalk podcast which suggests some of the angles from which the poem can be approached (the circularity generated by the three lines of terza rima; the intensification of the poem's opening scenario by repeating it over and over again; Dante is in the dark wood and he's not getting out anytime soon). The way in which the poem multiplies translations, some of which are quite laboured (e.g. the egregious padding of 'the right road lost and vanished in the maze' in James Romanes Sibbald's 1883 translation) underlines the directness and simplicity of the Italian.

It's also a reflection on retranslation. The constant repetition-with-variations of the translations underlines the way the translations seem to require constant renewal while the source text remains unchanging. The non-chronological presentation warns the reader against reading retranslation as improvement; instead, the poem fluctuates between the diction of the nineteenth and twentieth centuries, creating an echo chamber of consonances and divergences. Sets of translations cluster around the same opening word or phrase. The poem throws up apparently random and paradoxical effects: six of the last seven translations in the poem finish with 'stray' or 'astray'; only one other version in the rest of the poem does. Some poets' attempts to vary the expected rhymes do not end happily: Binyon's 'aware' and 'not anywhere'; Bickersteth's 'life' and 'strife'.

I really want to read this poem as a creative proliferation of translations showcasing the individual interpretation of each poet, but this inclination is undermined by Bergvall's deadpan vocal delivery and the subject matter of the tercet. Her poem seems to invite a more pessimistic reading, in which retranslation dooms the poem to eternal and cyclical repetition where innovation is stifled and variation muffled by poetic consensus.

I was intrigued when I saw that one of the translators appears twice: Seamus Heaney, who appears at no.6 and no.16:

From the right path I found myself astray.
(Heaney, 1993)

16. In the middle of the journey of our life
I found myself astray in a dark wood
where the straight road had been lost sight of.
(Heaney, 1993)

This is in fact a typo, because translation number six is in fact by Parsons from 1893. But it feels like a happy error, because it's perfectly possible for a poet to translate the same poem twice, or revise a previous translation; it only underlines the multiplicity of possible readings of a text - even the same translator may not read the same source text the same way twice.

Postscript: For an enjoyable reflection on why infidelity in a translator can be a virtue, see this LRB review by Matthew Reynolds of Carson's Inferno. I couldn't resist adding Carson's, and three other translations which don't appear (for various excellent reasons) in Bergvall's poem.

In the midway of this our life below
I found myself within a gloomy wood
No traces left the path direct to show (Ichabod C. Wright, 1833)

Halfway through the story of my life
I came to in a gloomy wood, because
I'd wandered off the path, away from the light. (Ciaran Carson, 2002)

At the mid-point of the path through life, I found
Myself lost in a wood so dark, the way
Ahead was blotted out. (Clive James, 2013)

Halfway through a bad trip
I found myself in this stinking car park,
Underground, miles from Amarillo… (Philip Terry, 2014)

We are delighted to announce a visit to Bristol by Dr Jean-François Cornu, distinguished researcher in film translation, translator and subtitler. 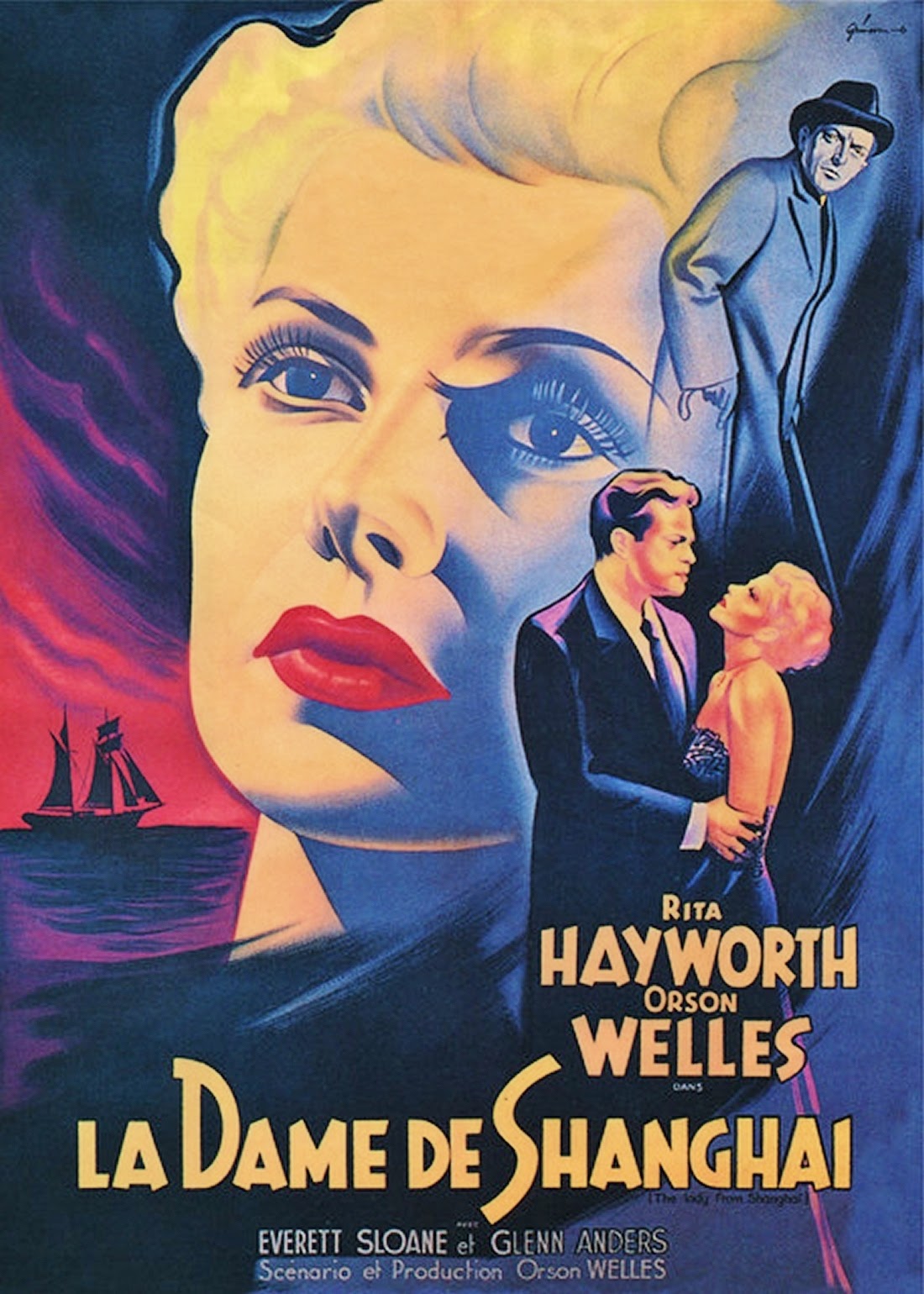 Dr Cornu will give two talks. The first is a research seminar:


Principles for a historiography of film translation

This talk will try to define what film translation is, when it started, whether it belongs to any existing field of research or is a field in its own right. It will include a number of film clips and will suggest some principles for a historiography of film translation.


The lecture will be delivered in English. Followed by a glass of wine! All welcome.

The second talk is entitled:

Aesthetics and the nuts and bolts of subtitling

This session will use film clips to focus on practical subtitling issues including layout and the relationship between subtitles and the other codes of the film.